After the increased number in both total number of visitors and the number of official delegations, who have attended “Hemus 2018”, attracting a larger number and a wider range of visitors, aiming at achieving maximum results from the Exhibition, would be a key priority of the organizers of “Hemus 2020”.

For the realization of that ambition “Hemus 2020” addresses, by official invitations and its epistles, the following types of visitors:

- Foreign national delegations, delegations from the European Defence Agency (EDA), agencies of NATO, representatives of the Europen Commission and other international organizations, as well as the National armaments directors of the EU and NATO countries, by invitation from the Minister of Defence and the Minister of Economy;

- Representatives of the Bugarian national institutions and agencies;

- Directors of directorates and units of the MoD administration;

- Heads of the Diplomatic missions, Military and Commercial representatives accredited in Sofia; 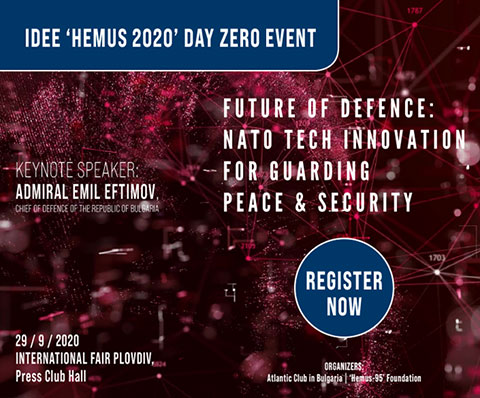